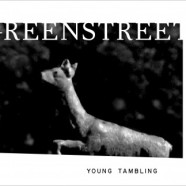 When I graduated with my PhD, I vowed never again to take any more classes in my life, except in yoga or perhaps felting. Soon enough, however, I found myself hearing about friends’ syllabi and thinking, “That sounds like an amazing class!” and feeling a twinge of nostalgia for my student days. And now I’ve joined a—not a class exactly, but a leaderless discussion group that has sprung up on the campus where I went to school and still am employed: the Contemporary Poetry and Poetics Working Group.

Why something so class-like, so literature-class-like, after my vow? Well, despite my degree, my knowledge of contemporary poetry is seriously lacking. And since I sometimes read and edit poetry at my job (though I am too intimidated to do it much), I’m hoping this group will help me think and say more intelligent things about the poems people are writing now.

The group’s focus is books published in the last couple of years. Even the reading list (decided on by popular vote) interested me, as it gave a sense of what those in the know consider to be must-reads. Sadly, I missed the first session on Mercury, by Ariana Reines, but I was able to attend the session on Young Tambling, by Kate Greenstreet.

Attending reminded me of what is magical about lit classes: reading is such a solitary activity, but when it comes to difficult texts, many heads are better than one. At various times, I felt validated in both the things that enchanted me and those that confused me about this book, and what I’ll say about it comes not only from my thoughts while reading but the insights that others shared in the discussion.

“The narrative inhabits its proper dark” is the Frank Kermode quote that starts the first section of this book, and the letters of this epigraph are partially erased, putting us even more in the dark—a perfect way to start this book that seems to be narrating some kind of effaced history that never gets fully revealed. A trauma lies at the heart of this book, but we’re never told what it is.

This could be maddening, but in Greenstreet’s hands it is intriguing. Young Tambling is a kind of memoir, but it’s certainly far from the memoirs in which the central trauma is supplied in the back cover synopsis. Yet, everything in this meticulously designed book is evocative: the cover photograph, the title, the epigraphs, the interspersed artwork, even the footnotes—as is, of course, every line or sentence (my favorite: “He asked me to describe my relationship to despair. ‘Sisterly,’ I said”).

Like a ballad, Young Tambling tells an unspecific kind of history, but one that rings true. The ballad the title refers to is the circa-sixteenth-century tale of a young woman who meets a strange man, sometimes called Tam Lin or Young Tambling, in a wood. She gets pregnant by him (was it rape, or a seduction? the ballad leaves it indeterminate, yet it starts to refer to the man as her “true love”) and later returns to the woods to pick herbs to induce an abortion (again, in that ballad-like way, it does not explain why). He appears, stops her, and tells her that he has been kidnapped by the Queen of the Elves and that our heroine must hold on to him through many bodily transformations to rescue him, which she does. Greenstreet points out that in this ballad, “For once, the hero is a girl, and her point of view and actions are the primary focus as the story unfolds.” And the rest of her book is driven by a female voice that remembers, dreams, confesses—but on some level does not gain any more biographic individuality than the heroine of a ballad. She is, rather, multiple, even universal, dealing with universal themes of sex, violence, loss, and art. Someone in the discussion said Greenstreet described her book as an attempt at a “universal memoir,” and that seems exactly right. Just the Tam Lin ballad has survived centuries because there are elements that its listeners have found compelling and identified with, Greenstreet allows the reader to read herself and her own story into Young Tambling.

← Black History Month and Everything After Spring Break Reading →